THE TROUBLE WITH MAGGIE COLE + JIMMY McGOVERN'S MOVING ON

This article was originally published in The Courier on 29th February 2019. 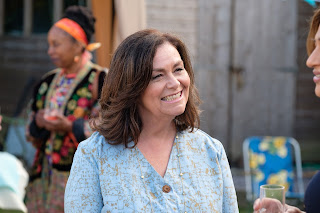 Dawn French stars in this likeable comedy-drama set, like 98% of all ITV dramas ever, in a picturesque English coastal village. She plays a local historian and cheerful chatterbox who inadvertently harms her close-knit community during a tipsy interview with an unscrupulous regional radio journalist. Maggie isn’t a bad person, but her fondness for gossip proves disastrous. Appearing in bittersweet confections such as this appears to be the fate of every major ‘80s alternative comedian, but there are worse ways to spend the autumn of one’s career. The Trouble with Maggie Cole is a watchable piece of fluff buoyed by an engaging performance from French and a solid supporting cast including Mark Heap, Julie Hesmondhalgh and Vicki Pepperdine.

JIMMY McGOVERN’S MOVING ON
Monday to Friday, BBC One, 2:15pm 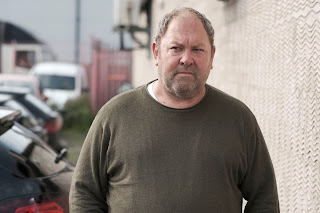 A series of standalone dramas curated by one of British television’s greatest dramatists, Moving On adds a sprinkling of grit to the lightweight daytime TV schedules. These disparate plays are united by the theme of characters at a turning point in their lives. This time around we meet a recently released ex-con struggling to adapt to life on the outside, a blind woman about to undergo surgery to restore her sight, a young mother dealing with bereavement, a middle-aged woman being threatened with redundancy, and a retired rugby hero who’s hidden his homosexuality from the public for decades (not all at the same time, of course). A valuable breeding ground for emerging writers, Moving On reflects the compassion and humanity that define their mentor’s work. 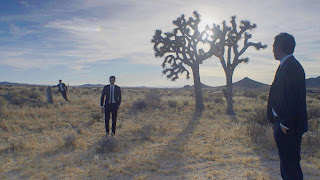 This expansive essay from art historian James Fox begins with the dispiriting spectacle of Louvre visitors taking selfies in front of the Mona Lisa. “Why do we feel compelled to do this?” Fox asks. “The answer, I think, lies in a revolution in visual culture that has turned us into a population of image addicts.” This obsession began over one hundred years ago. Fox, in his slightly sinister yet oddly captivating way, examines the history of visual language throughout the ages. He begins with the early 20th century pioneers who captured and manipulated the space-time continuum. The starry cast includes Edison, Dali and Buster Keaton, but Fox also pays enthusiastic tribute to some unsung geniuses. This is what BBC Four is for. 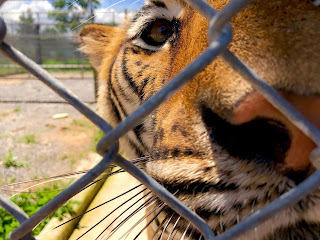 Tigers are on the verge of extinction. “They’re being hunted because people in China and Vietnam want to consume them,” explains former Royal Marines commando Aldo Kane, who presents this grim frontline/undercover report. Kane trains anti-poaching units in South East Asia, where wine made from tiger bones is a popular libation. It’s a growth industry with dwindling resources, but certain governments, zoos and farms in that part of the world provide support. I’m always wary of righteous westerners barging into foreign cultures and wagging their fingers, but that, thankfully, isn’t what happens here. Kane draws attention to a dedicated South East Asian movement set up in opposition to an appalling animal rights atrocity.

This year’s two-part finale got off to a decent, if unevenly paced, start with an apocalyptic Cyberman epic. Chibnall’s clunky ‘say what you see’ dialogue is something we just have to begrudgingly accept, but he does know how to throw a superficially entertaining, action-packed yarn together. There’s an awful lot to wrap up in episode 10, though. If he pulls it off, I’ll be flabbergasted. 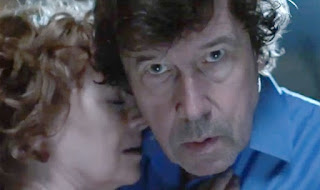 This generically titled drama turned out to be a serviceable potboiler about an extended middle-class family dealing with the standard everyday miasma of secrets, lies and murder. Imelda Staunton and Stephen Rea added more class than it deserved. 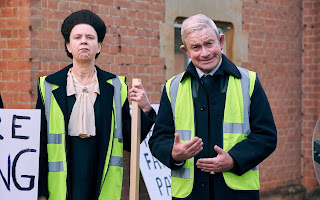 The latest series of this agreeably disrespectful sitcom/soap pastiche about the Royal Family has more to deal with than usual. Harry and Meghan’s abdication is a mere amuse bouche compared to the sordid details of Andrew’s private life. Apart from a brief mention of Epstein – presumably a last-minute addition – episode one side-lined the sweat-challenged monarch. The Windsors always tries to remain topical, and they’ve promised to tackle him in future episodes, but God only knows how they’ll handle it. The severity of that scandal won’t mix comfortably with the cartoony, knockabout tone of the show.

I write about television, comedy, films, books and music.
Currently I'm the freelance TV critic for The Courier. Between 2006 and 2013 I was a TV critic for The Scotsman.
Credits also include BBC Music, BBC Radio Scotland's The Afternoon Show, BFI Screenonline, The Big Issue, Broadcast, Empire, The Guardian, The Independent, The Lady, Metro, Mill, Radio Times, Scotland On Sunday, The Word and Shindig!
Please feel free to hire me. Thank you.